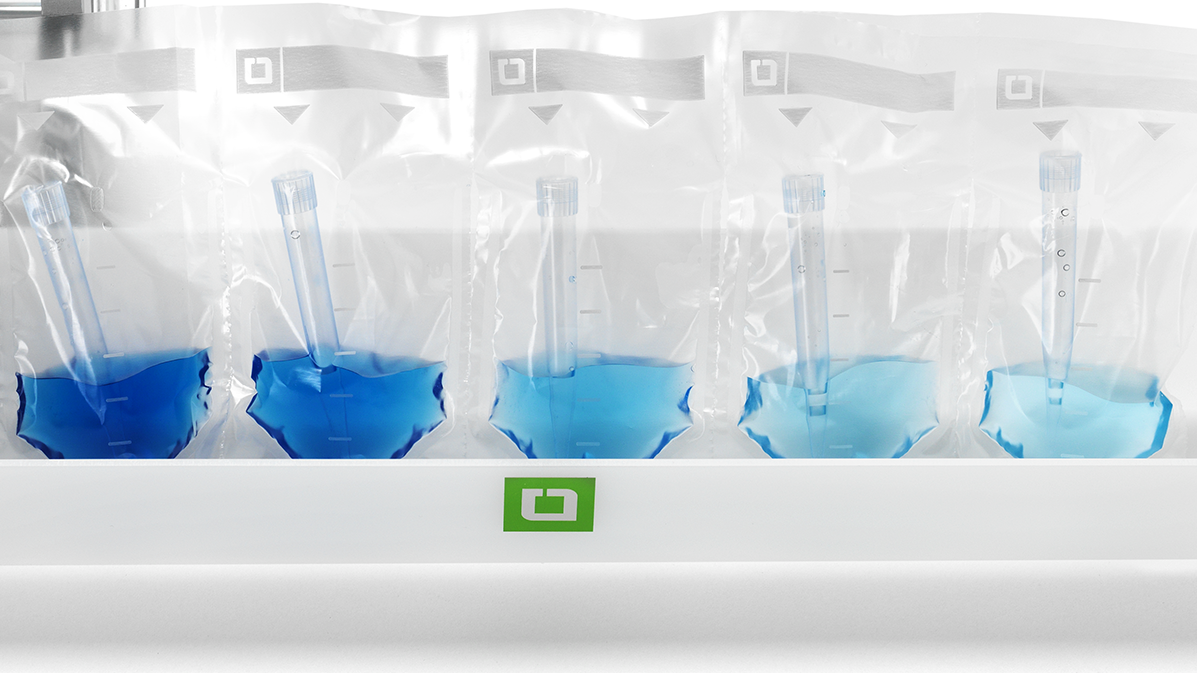 The article compares the now standard protocol of using sample preparation bags for stomaching** with how the Inlabtec Serial Diluter makes it possible to now perform serial dilutions in Serial Dilution Bags expanding the use of bags as a cost and resource saving alternative to test tubes or cups prefilled with diluent.

For stomaching, a sample together with diluent is put into a sterile plastic bag which is vigorously pounded when placed inside the paddle blender. Using disposable sample preparation bags eliminates the considerable labour required to clean and sterilize reusable homogenizer cups, running costs are thus drastically reduced. Consequently, stomaching samples in bags quickly became the standard method of homogenizing samples and is now referenced by thousands of users all over the world.

In microbial testing, homogenized food samples are used for viable cell counting where in most cases serial 10-fold dilutions are mandatory. Since the end of the 19th century, this has been done by adding 1 ml of the homogenized sample to 9 ml of sterile diluent in a test tube, mixing vigorously, and then taking aliquots for inoculation of culture medium. The used test tubes are afterwards washed, refilled with the diluent, capped and sterilized again. This time-consuming recycling of test tubes is nowadays often substituted by using prefilled test tubes or cups which considerably increase purchase, storage and waste disposal costs. It also increases the amount of plastic waste produced.

First introduced in 2014, the Inlabtec Serial Diluter pioneered the use of dedicated Serial Dilution Bags as an alternative to the traditional test tube techniques. Now proven in a rapidly growing number of food testing laboratories worldwide, users of the Inlabtec Serial Diluter have particularly appreciated that dilutions are considerably simplified and that the costs to undertake microbiological sample preparations are greatly reduced. By using Serial Dilution Bags, the entire dilution process is now much less labour intensive and time-consuming, key contributions to a more comfortable and stress-free working environment. The amount of plastic waste generated is minimal. A Serial Dilution Bag weighs only 0.25 g and thus a contribution can be made to the careful use of resources.

Just as the Stomacher became the standard instrument for sample homogenization, the Serial Diluter has already become the standard instrument for serial dilutions in many labs. Many of these users are ISO 17025 accredited laboratories. They benefit from a significant improvement in their productivity and quality, while at the same time fulfilling their responsibilities to customers, employees and the environment.